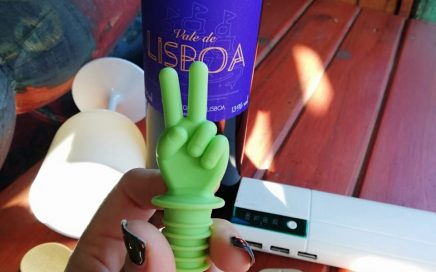 6 Things You Should Never Travel Without

It’s funny how the simple little things never come to mind while packing. Here is my advice on the 6 things you should never travel without. Maybe it’s the last minute excitement, or just the fact that traveling and being at home surrounded by all your handy gadgets are two very different things! I’m the sort of person that starts packing weeks before my trip. I’ll get my bags out and put stuff in as I think of it. A few days before I leave I’m all packed and ready to go. There are always last minute things that find their way into my bags, usually little gifts that may come in handy or some snacks I think I’ll need. […]

Lion Spoor (Day 2 16 January 2018-Marloth Park) Continuation from previous blog post Another Hot Day in the African Bush. Continue below for the Lion Spoor spotting blog. We exited out long grass heaven and settled down in some shorted grass to pull out a much needed drink as we watched the trickle that is the Crocodile River flow past us. After much chatting and a bit of laughter we headed to have sun downers at one of the benches along the Crocodile River. We arrived to find a game vehicle and spotted two foreign tourists some way down the side of the fence. There was a huge herd of Elephant right by the fence and so we headed toward […]

Another Hot Day in the African Bush – Marloth Park

Another Hot Day in the African Bush – Marloth Park (Marloth Park, January 15 2018) Today was another hot day in the African bush. Despite the cloud cover the heat consumed us and we only managed short periods of time outside before dipping in our man made waterhole or retreating inside for a drink of water. Marloth Park is very unforgiving at this  time of year with her heat. It never seems to let up. The first thing we noticed when we arrived was how much the water level of the Crocodile River had dropped since our visit the previous year in January 2017. The river bed is completely dry in some places from the Marloth Park fence line. Luckily […]

Exploring Giba Gorge Chilli Style Giba Gorge, Hillcrest, South Africa Exploring what’s on your doorstep is something that is often overlooked. So I decided to start doing it. Being interested in travel it seemed only fit that I started with my own country. So lets go exploring Giba Gorge chilli style! South Africa I am from South Africa, one of the most beautiful countries in the world. I have lived here my whole life and take the beauty for granted a lot of the time. So before I head to Europe to explore those shores it’s time to do some exploring right here in South Africa! I own the Spais Chilli Sauce Company. We make healthy hot sauce and put […] 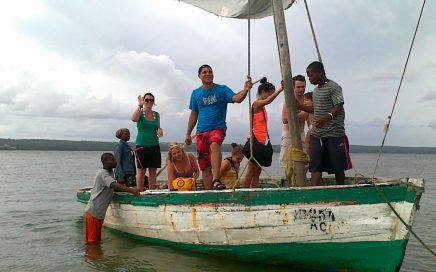 Traveling Through Mozambique Traveling through Mozambique is an experience I’ll never forget. We left Durban, South Africa in early January 2011 on an adventure that would take us over some of the most hectic roads we’d ever encountered, expose us to tastes, smells and sounds like no other, and bring us face to face with and angry malaria ridden local! The easiest way to get to Mozambique from South Africa is through Swaziland. We arrived at the Lavumisa (Golela) boarder gate early in the morning. We drove straight across Swaziland and into Mozambique through the Boane boarder gate. We never stopped along the way in Swaziland as our mission was Mozambique and we still had a very long drive ahead […]

Traveling Hot Sauce Blog I’m so passionate about hot sauce and chili’s. I love hot sauce and I love traveling just as much. I also really like taking cool photos and I have a knack for writing. So I decided to put it all together and start the Traveling Hot Sauce Blog so that I can document all the fun I have and also get some kick-ass pics for promo purposes. I started my hot sauce brand in 2015 but only really started taking it seriously in February 2017. I started earning a full time living from my hot sauce brand in June 2017 after I quit another business venture of mine. It has been so much fun and I […]

South African Hot Sauce South African Hot Sauce varies and comes in many different shapes, sizes and flavours. The average hot sauce flavour here in South Africa is very different from the flavours found in the USA. Most American hot sauces are fruit based. In South African using fruit as a base for hot sauce is almost unheard of. It all has to do with pallet and what we in our designated countries prefer. I personally would love to get my hands on some American fruit based hot sauce. To me this is intriguing and very different. The Tastes and Flavours of Africa Our hot sauces are generally quite tangy. Some are oil based while some are vinegar and lemon […]

Making Hot Sauce Caveman Style Making hot sauce can be a challenge if you have very little and no money to get what is needed. Imagine trying to start a hot sauce business but really having nothing to work with. How would you grind chilies and mix the sauce together? This really got me thinking. The Man from Malawi There is a lovely man from Malawi that works on the property that I stay on in South Africa. He caught a glimpse of my chili plants one day and excitedly asked if he could have some. I was so excited to have someone around that was as excited about chilies as me, so I have him a bag full and […]

Chili Entrepreneur What does it take to be a Chili Entrepreneur? Well for starters it means disagreeing with society, even if just a little. I have been a free agent since I finished school. I couldn’t handle how mundane and irrelevant to life it was. After leaving school I had a few regular jobs but never kept them long. If there is one thing I can’t stand, it’s having a boss looking over my shoulder. Where I Began I started out by studying music and went into it professionally. I failed horribly at making money out of my love for music. I do still perform, write music and teach but I no longer have to make a living from it. […]